Jewels and Junkies in British Columbia

Our trip to Canada was not all mountain wilderness.  We were lucky enough to see two great Canadian cities as well, Vancouver and Victoria.  After living amongst the pines for several months, they were the perfect injection of skyscrapers and pedestrians to satisfy our human interaction quota.  Vancouver offered stunning scenery and pop-up-restaurant cool along with a disturbing number of junkies making us wonder where the line between British Columbia and Narcos Colombia was.  Victoria was an absolute gem, plain and simple.  This smaller island city fully delighted and left us scouring real estate listings.

END_OF_DOCUMENT_TOKEN_TO_BE_REPLACED

Our impromptu spring break trip to Canada took us straight into the romance of the Great White North.  Banff National Park was a peek inside a snow globe that left us truly impressed.

Even for a directionally challenged loon like me there was something off about driving east to reach the great Rocky Mountains; considered Out West when growing up in Michigan.  We drove through never-ending plains of white, past train tracks and tunnels that should have been part of a children’s play set and mountain peaks that looked like Kindergarten renditions of triangle mountains (mad-jestic in JD’s words).

Strangely, I was reminded of Namibia here.  They are alike in their opposite extremes.  There was the same quiet and same sense of smallness that comes from being the only humans for miles.  Although exhilarating, there was also the feeling that we shouldn’t be there, as if we were trespassing on Mother Earth’s hallowed ground.  The land was both too sacred and too brutal for us to cruise though in our temperature-controlled car.

END_OF_DOCUMENT_TOKEN_TO_BE_REPLACED 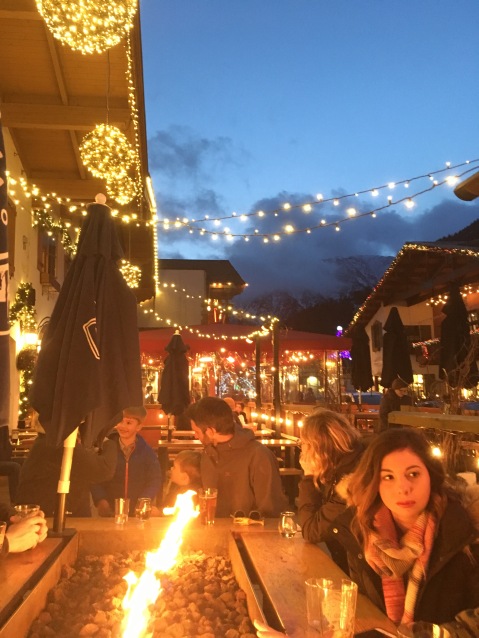 As we prepared for a weekend getaway to the mountain town of Leavenworth, I kept running into words like ‘quaint’, ‘charming’, ‘adorable’.  But the one review that really made me excited described it as something like Alpine-weird.  I was Alpine-interested.

Leavenworth was once just your regular run-on-of-the-mill timber town (pun fun!).  But when the railroad relocated, the economy “fell” (sorry, folks, I had to).  It “wood”n’t be until several decades later that they decided to turn over a new leaf.  So, how do you save a struggling economy in a logging community?  Rebrand it as a Bavarian town in Washington, naturally!