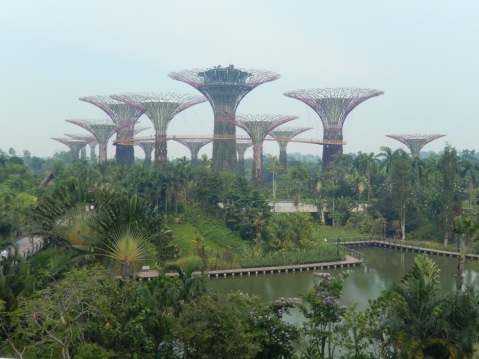 East doesn’t meet West nicely in Singapore.  It’s more of a WWF smackdown that leaves you confused amidst the metal botanical gardens next to the famous ship on a hotel.  Singapore is a lesson in wonderfully strange.

In a city state that seems to be equally proud of its bright shutters past as of its steel minimalist present, it seemed only right to add an unreasonable time restriction.  JD and I had 36 hours to “do” Singapore in a glorified layover on our way to Bali.  In just over one day we were meant to explore, analyze and report back on a place whose leading export is Strangeness.  We were up for the challenge. 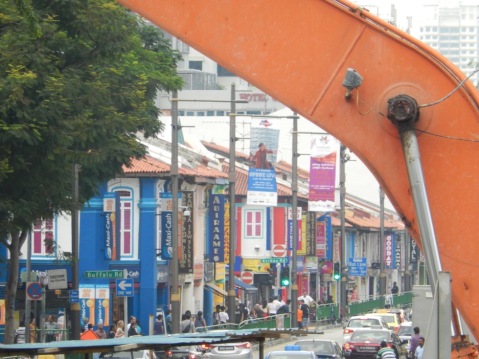 As can be expected Singapore greeted us with Clean.  After the always-interesting, but not so always-clean chaos of Vietnam, I would have eaten an egg off the sidewalks in Singapore.   The rumors are true.  There is no litter, no graffiti and no gum (but lots of complimentary breath mints – what are they trying to tell us?).  Everything is organized.  Everything works.  Everything seemed ridiculously easy to figure out after two years of living in its developing country neighbor.   When people in Singapore told me the train would arrive at 3:05, I believed them.  When my metro card wouldn’t swipe, the Help Desk fixed it immediately.  This place was proving to be the firstest of all first world locales.  Delighted by ease of… well, everything, JD and I walked out of the subway and into a lateral rabbit hole. 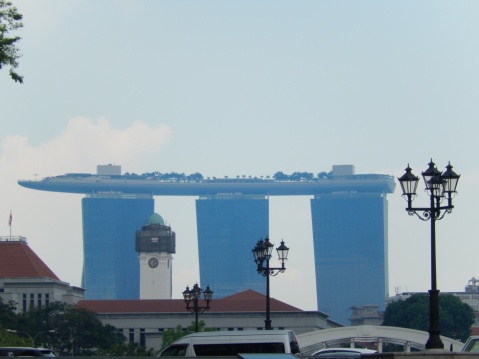 The first hint we had that things in this well-oiled dimension might not be so perfect came in the form of a bill; our first restaurant bill that told us you pay for what you get.  If Singapore lives up to its clean reputation, it also lives up to its expensive one.  Shock aside, we carried on. 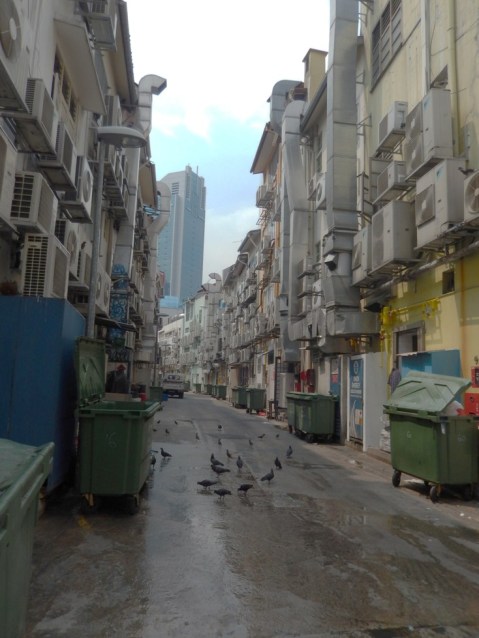 The contrast of Singapore is undeniable.  Charming colourful old buildings in the Indian and Malay districts fight their background of neo-new glass skyscrapers.  The four predominate Singaporean cultures – Malay, Indian, Chinese and English – are all listed together in tour books but exist in distinctly separate areas of the city, more Chinese checkerboard style than melting pot.  It would feel almost segregated except for the shared national passion: business.  New York City’s got nothin’ on Singapore when it comes to prestige in a suit.  In one day I saw more uncomfortable heels, more brief cases, more swanky cars than in my first month living in Manhattan.  Singapore business seems to be movin’ and shakin’ at an almost epileptic rate.  Everywhere there’s construction.   Everywhere there’s money. Everything is big, tall, creatively understated or deliberately retro with a hint of vertical garden.  A third of the city is built on reclaimed land, including, ironically, gardens that showcase indigenous plants (and those strange metal baobab trees).   The most famous hotel has what looks like a luxury cruise ship sitting up 100 stories in the sky.  Multi-billion corporations beg to buy the land occupied by Chinese flea markets.  It’s old meets new meets East, West, North, South. 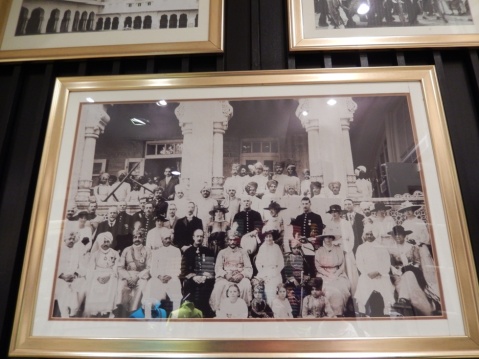 And then there’s Raffles.  Like every tourist ever to visit Singapore, we went to see Raffle’s Hotel.  Thanks to the onset of moody dusk and twinkly lights Raffles greeted us with the scent of English Imperialism.  There might as well have been a British military uniform with a turban at the door.  The enchantment was in every straight back chair and oversized pool table.  I was suddenly far from the cutting edge modern and back on the frontier of the British Empire, hating my corset but loving that Singapore Sling.  A historical magic haunted the place, strong enough to blur out the other tourists and the lights of the McDonald’s across the street.  In the midst of the new, the exotic and the fast, Raffles grounded me and made sense of my one night affair with Singapore.

And so, in amateur conclusion, Singapore is one part futuristic, one part ingenious, one part uncomfortable and two parts deliciously cool. 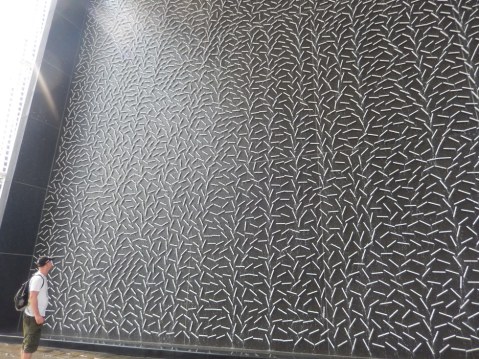 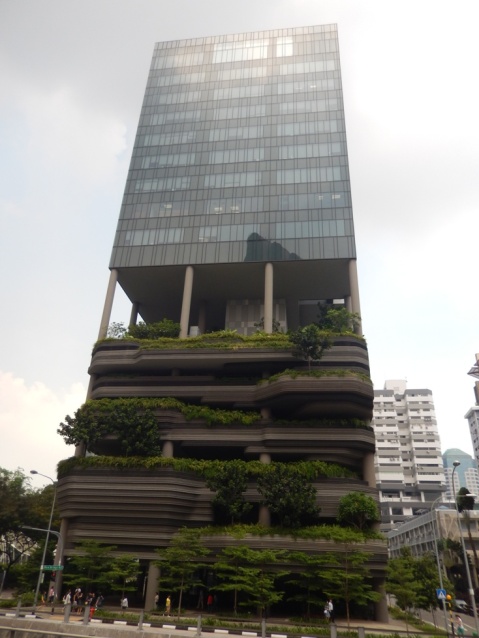 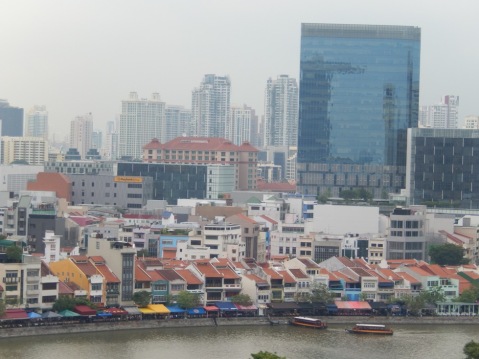 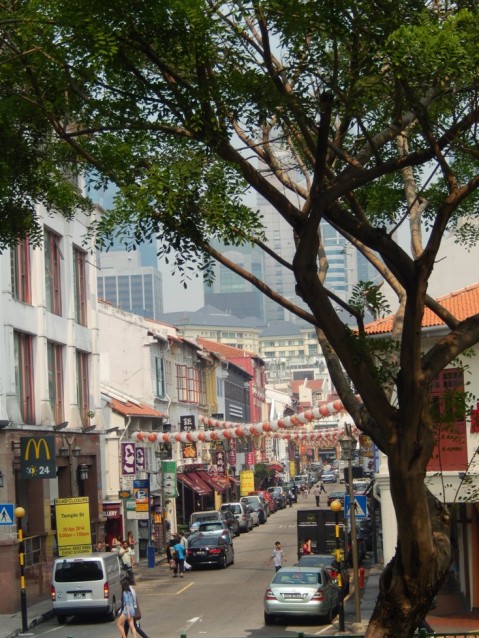