Giddy to Take for Granted

I feared marriage would take that which what was once a continuous choice to be together and diamond-ring it into an obligation.   After all, too often those we love the most we take for granted the most.  Being together as boyfriend and girlfriend seemed a more deliberate, thoughtful approach to a long-term relationship than letting tax filing and health care eligibility incarcerate Camelot by gettin’ hitched.  But immigration demanded we put a ring on it and so, quite honestly, did some hard-to-define romantic notion we shared.  JD and I were wed –beautifully, wonderfully – after 12 happy unofficial years togeth-o under our belt.   That marriage license has proved its weight in gold in paragliding JD o’er the border.  Progressive as we Americans may seem as the first world leader, we’re really not.  Those dozen years spent in love and in dedicated relationship held a twig to the boy scout campfire one piece of marriage license paper wielded.

Turns out, I’m happy to be married to my forever-love.  I’m happier that my forever-love is coming in less than a week.  Less than six days, Interveb!  We had a nonchalant goodbye at the airport, naively believing that immigration would follow the timeline it set forth in its own documents.  Now, three and a half months later, I get to really, actually see my husband!   Like an overprotective, rifle collecting father, the United States government has deemed my husband worthy of actually being in the same country as me. 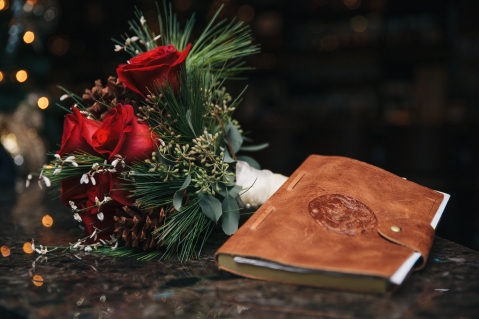 And, annoyance-from-the-invasive-and-condescending process aside, I am grateful.

JD will be here soon!  Soon I will be able to shout at him for putting too many clothes on the bedroom chair, and he will get to criticize me for leaving “pieces of food” (his own words – I don’t really) on the dishes I wash.  We’ll get to roll eyes at one another and plan boys’/girls’ nights, respectively, to get some space.   Soon, we get to take each other for granted.

Of course, I don’t mean to sound so flippant.  But my point is, soon we get to restart a normal relationship – the one we had hoped to continue uninterrupted before Immigration demanded that we prove we can’t-be-without-the-other by being without the other for an indeterminate period of time.  Finally, we get to celebrate – together- when one of has a good day here in Sequim, Washington – and commiserate when one hasn’t.  Finally, we get to forget to kiss the other goodbye in the morning, knowing that he/she is there in the same ZIP code when the night ends.  Finally, we get to squabble more over who put the garbage out and less about who’s getting into the country.

We have always been believers that time apart is good for a relationship.  But, we did not expect so much time apart.  Be life as it is, however, I now delight in the event that this time apart nears its end.  Taking each other for granted seems a privileged problem to embrace.

One response to “Giddy to Take for Granted”