I’ve met the best city in the world.  She’s beautiful; she’s cultural; she’s fun and interesting and she makes me happy.  She’s the city of my dreams.  And, wait, I’ve known her before.

Cape Town, the Mother City, is my one who got away.

She is the pinnacle of African living.  South Africans may revere the bush, but they lust for Cape Town.  There’s a special tone of voice reserved only for saying, “Oh, you’re going to Cape Town.  Lucky fish.”  As soon as the Mother City comes into conversation, we’re all suffering the Oedipus complex.  Fortunately, the Cape of Storms doesn’t let that weirdness stick around.

Visiting Cape Town for the second time since I moved away from her was tantalizing.  Everything that was cool then is cooler now; that which was lovely is lovelier.  It’s not just a pretty face.  Cape Town calls to me and JD.  It feels like the place we’re supposed to be.  As a former cynic of those professing to love the African dirt (It’s just dirt for goodness sake!  Don’t be so sentimental!) I found the draw to Cape Town more than just an intrigue.  After being in Asia for almost five years, I felt like I was going home – to where home should be – when we visited Table Mountain’s little village.

Yet, moving back in untenable.  The sea, the sky, the song of the whole place – oh geez, I’m writing like a real yuppie romantic now – beckon with such conviction. But then there are those problems.  The poverty, the crime, the unemployment, the low salaries – fine for if you stay in SA, but hard to afford an annual ticket to the US for Christmas on – and now the environmental concerns, refuse to let us alone to be truly happy.

Everywhere has problems.  As an English woman living in Johannesburg once explained to me, “You just have to choose the set of problems you can live with.”  I don’t know if I can live with Cape Town’s baggage again.

When JD and I were in the midst of our long-distance relationship, separated by physical mountain ranges and oceans, I used to scoff at fluffy problems in others’ relationships.  I love him but we just can’t BE together!! [insert eye roll].  But now that JD is close at hand and it’s Cape Town I’m pining for, I start to see the whiners’ point.  We could move there.  We could get jobs.  I could get residency again.  And we’d love to.  But irreconcilable differences object.

Cape Town, I adore you.  You have an energy and a zest that I’ve found nowhere else.  Somehow, someday we will meet again.  It’s just now. 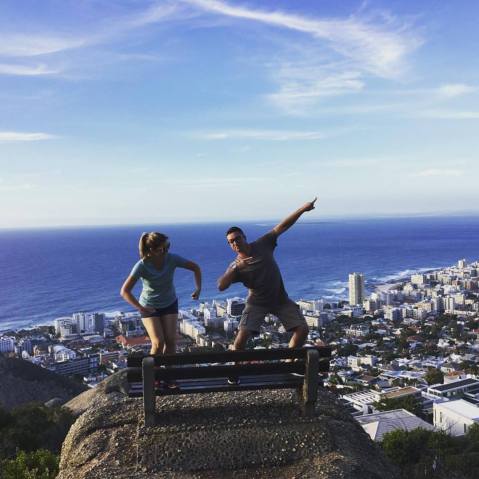