Island of No Natives 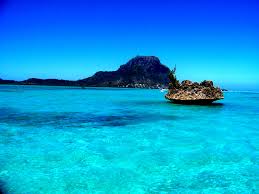 It’s not often you find a country that no one is from; where the only ones indigenous are the plants.  However in Mauritius the equal non-nativeness  of the island may be part of the reason the place works so well.  Off the coast of Africa, a continent plagued by the lasting effects of different peoples stepping on each other throughout time, Mauritius sits as an appealing alternative; a more harmonious way different cultures can share a space.

With only a few hundred years of inhabited history, Mauritius has done a great job of creating a national identity that could rival that of much older countries.  But rather than meshing the distinctive features of the various settling groups, its kept the traditional curries from India, the dances from mainland Africa, the architecture features of the French, and allowed each group to thrive.  Of course it didn’t hurt that Mauritius is one of the most spectacularly beautiful islands in the world.  It’s hard to want to fight each other when you could be relaxing on the white sand beach.

Certainly I learned more about the beaches than what really goes on in Mauritian society.  I was only a visitor, and one who was happy to indulge in the tourist niceties of the country, hoping that things were truly as gentle-souled as they seemed.

On that surface level my time in Mauritius with my Mom was nothing short of one of my best ever holidays.  This was an island on another playing field of all things vacation.  The water was bluer, the food tastier, and the people kinder than in most places I’ve been.  Here Mom and I explored small islands, walked for hours on the beach, catamaran’d our way to snorkelling paradise and enjoyed what we’d really come to do – catch up.  Over glasses of wine and fresh juice we celebrated our thirtieth and sixtieth birthdays from back in April and shared stories of living the past six months on different continents.  Mauritius was the perfect host for our reunion.

It seemed fitting to have two family members living on different sides of the globe meet up in a place where people from all over the world have been moving to for years.  For our short time there we were a tiny part of the eclectic Mauritian color that somehow just works.

2 responses to “Island of No Natives”