Belgium, you little biscuit.  You grew on me like a nice, big  beer gut.  I met you lukewarm, and left in love.  Your people, your countryside, canals and, of course, your beer have made you a lifetime friend.

For those of you considering growing your own beer belly in Belgium, and maybe learning, like, one new thing about the World Wars, here’s where I highly recommend you go. 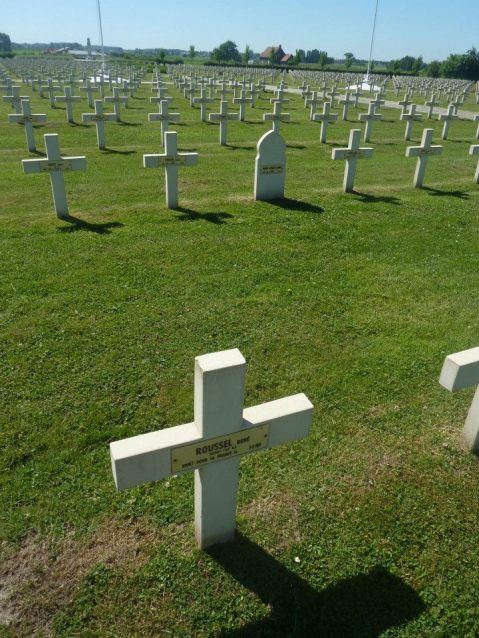 Jumping jeepers, Ypers!  (Too lame?).  I never knew World War One could be so much fun!  So that’s still a bit of a stretch, but for the first time my interest in WWI was piqued thanks to Ypers.  This place was hit hard during the war.  In fact there was just about nothing left after both sides of WWI armies had banged their way through.  Fortunately for us visiting now, they’ve rebuilt the town beautifully, and almost exactly as it was before it was leveled.  Today it’s a great place to walk new streets and waste time in the town square.  However the highlight of Ypers remains its history.  The WWI museum, In Flanders Fields, is one of the most fascinating, well-done museums I’ve ever seen.  To further emphasize the scale of destruction left from the Great War, Ypers is littered with graveyards, big, bigger and downright huge that leave a lasting impression.  I guarantee you’ll say goodbye to Ypers, a little more moved by the First World War than when you arrived.

Damn you, Bruges!  You embodied every picturesque stereotype and made me love All Things Pretty.  Bruges is everything you imagine it to be.  Its charm demands that you stop and have a beer while you adjust to being in a Thomas Kinkade painting.  Everywhere you look there are flowers, intriguing little cobblestone lanes, immaculately kept canals, magical willow trees, and amazing old stone buildings.  The place doesn’t feel real.  Of all the lovely small towns we saw during our traipse through Europe, Bruges stood out as my favorite.  However long you plan to stay now, plan for longer. 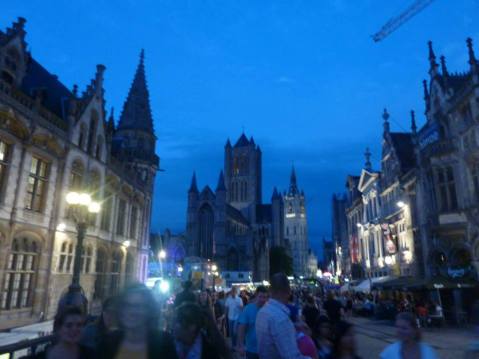 Ghent was an overload of medieval architecture that quite literally stopped me in my tracks (and almost got me hit by a bicycle).  At first Ghent seemed ho-hum.  Canals?  Already saw them in Bruges.  Old buildings?  Please, I’m in Europe.  Even the airport is 300 hundred years old.   But my blasé attitude quickly got a round house kick to the face when I made it to the center of town.  From one intersection there is not one, not two, but FOUR unbelievable Gothic churches surrounding you.  Farther on the city castle is less fairy tale and more Wicked Witch of the West.  Seeing it at night will undoubtedly give you the chills.  It just so happened that one of Belgium’s biggest rock concerts was base guitaring in Ghent while we were there.  While it did mean sharing the streets with 40 million other people, it created a weirdly cool contrast of old stone and tacky neon.  Ghent is a crazy little city.

Although it’s a proper sized city, we found that the neighborhood around Grand Market was all that we needed to bond with Brussels.  Ok, it’s the touristy area of town, but, then again, we were tourists.  The center square is reason enough on its own to come.  Considered by many to be the most beautiful city square in the world, its architecture (and gold) is dazzling. I loved that it was open to public use without pretense.  While many city squares are monopolized by expensive restaurants and gaudy fountains, the Grote Markt doesn’t mind if you bring your own picnic (and booze) and spread out right in the middle. The people watching there was almost as interesting as the ornate buildings.  Oh, and did I mention the free chocolate?  Brussels is a fat kid’s paradise.  Chocolate shops are everywhere.  And all of them give out free samples, FULL SIZE samples.  Forget the anticlimactic Mannequin Piss and spend your time wisely…eating.

Belgium now tops my list of places to recommend visiting.  Expect to be wowed by the pretty, fascinated by the history, marvel at its architecture… and to get proper fat in Beer Belly Belgium. 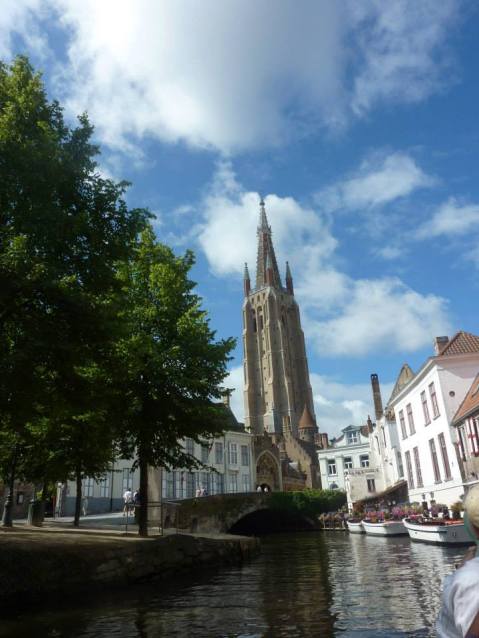