Ireland: A Good Place to Read

Some might take this title as a jilt to the Emerald Isle.  Just to be clear, I mean it in the best way possible.  Not only is Ireland the homeland of Oscar Wilde and Frank McCourt, it’s an inspiration to all who appreciate words.  The gray and the green mix into the perfect backdrop for inspiring readers, writers and daydreamers. 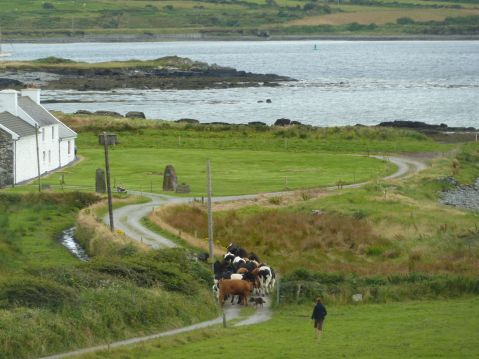 My trip to Ireland was one of those unexpected pleasures that only be described as Fate.  We went there just…because.  Besides Andorra, it was the only country in Europe that JD could enter without a visa.  His joining our trip was treat enough in itself, and Mom and I didn’t care where we went.  Sure, we’d been to Dublin before but we weren’t opposed to throwin’ back a wee Guiness and livin’ high on stereotypes for a few days.  And the first part of our time in Ireland was just that – good fun at pubs and castles scattered around Dublin.

Then we decided to get out of the city. 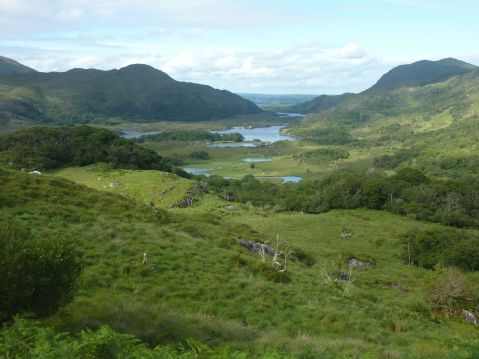 I wanted to climb. I wanted to walk.  I wanted to read.  Ireland reminded me that life’s better when the TV’s off and the phone’s out of signal range.  It simultaneously made me love my travel companions even more, and appreciate my time alone.  The delicious sensation of standing solo in the middle of a sprawling green field next to a crashing gray sea made me love the pint with new pub friends afterwards even more.   As a fan of all things moody and cool, I had to appreciate the fires that were lit in the middle of summer inside the gusty old buildings. 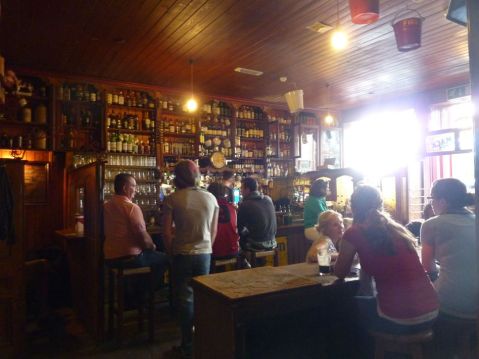 Then again, Ireland acted unusually for us.  We arrived just as the sun came out.  People we met all over the country commented on what a lovely sunny summer we were havin’.  The blue skies meant we could hike all day through Killarney National Park without threat of rain.  We explored old castles along the Dingle Peninsula that might otherwise have been kept hidden by clouds.  We even swam at the beach!  In Ireland!  It really happened!  These beautiful days allowed us great adventure.

But it was the gray that makes me want to go back.  Ireland gave me every reason to meet fellow shelter-seekers, feel like I could run in any direction for as long as I wanted to, and read, read, read.

2 responses to “Ireland: A Good Place to Read”