Leave Halloween to the Professionals 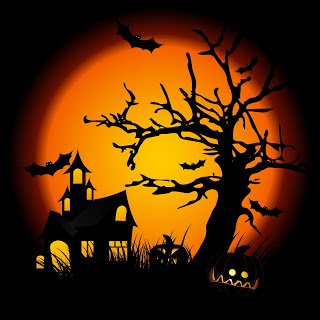 And who would like to volunteer for the Halloween committee? asks my principal at the staff meeting.  Simultaneously every American hand in the room goes up.

One Aussie bravely offers, I could, um, help with the, um, apple game?

We can’t help but laugh a little under our breaths.  That’s alright, mate, go back to shrimp on the barbey.  We’ve got this one covered.  Our principal nods understandingly.  Best leave Halloween to the Yanks.

Although PC dictates the world around us, there is a time and place to say the real, startling truth.  So here it goes: Americans are the best Halloween party planners in the world.

Don’t worry, South Africa, you have cooler animals than we do.  And, Costa Rica, you have better dances.  Vietnam, you’re food is unbelievable.  But, America, you take the cake for all things vampire and goblin.  Let’s chalk this one up to cultural priorities.  In the US-of-blessed-A our favorite pastimes are complaining about taxes, gossiping in church and dressing up like sluttly cowgirls for Halloween.  After two hundred years of practice, we’re pretty dang good at all three things.  After all, jumping out from behind bushes to scare trick-or-treaters is as American as spooky apple pie.

The rest of the world may try to keep up with us, but it’s a poor show.  In Rome my cat tail got pulled so much that it ripped my pants (poor Halloween etiquette, Italians).  In London the candy corn was stale.  In South Africa people asked why I was dressed like Nacho Libre when I was clearly Wonder Woman.  Costa Rica held its own, but only because the town was overrun by Americans on Halloween weekend (we tend to find each other with stalker-like accuracy at the end of October).   Vietnam, I fear, will be no different.  My Vietnamese friends explain that they do celebrate Halloween, but it’s just a children’s holiday.  Children be damned! (Says the fourth grade teacher).  Halloween is like a fine wine; it just gets better with age.

It was only as an adult that I attended (and participated in) the New York City Halloween parade.  That’s four million families, friends and trannie hookers united in their love of brightly colored costumes.  To put it in the Rest-of-the-World terms, that’s the population of New Zealand all hanging out together at one parade.  I loved it, until almost getting arrested for limbo-ing under the police barricade dressed as Sarah Palin, but that’s a different story.

Growing up as the child of a true Halloween lover, Princess Spoiled had not one, not two, but an average of THREE Halloween costumes every year.  When I couldn’t decide whether to dress up as a gingerbread man, Bo Peep or a gypsy my mom made me all three.  Often my stuffed animals and Cabbage Patch dolls earned their own costumes.  There was the year I was a frog, my baby doll was a smaller frog and her baby doll was the smallest frog.  More of a tadpole really.  Or the year I decided to be Santa Clause and was promptly attacked by every young child in the neighborhood.  Then there’s this year when my Mom called me long distance to ask if there was time to ship me a costume she’s been making.  It’s a Vietnamese hot dog; a large bun vest with relish and ketchup  – and a puppy dog head and tail.

Needless to say our school Halloween party will be spectacular.  I’m thinking fireworks and a block-wide haunted house.  More likely, it will be decorating paper bags and Halloween bingo, but it’ll still be the best dang day any of those kids have ever had (what now, Dragon Dance?).  Every Vietnamese, German, Chinese, Ukrainian and Kiwi kid will be dreaming of moving to America by the end of it, just to celebrate Halloween in style.

I love my home; I love my country.  And, by Jove, I love Halloween (cue banjo in the distance).  Today’s the day to celebrate that love in my own, furry costume way.   So here’s to you, America, for making things fun even all the way over here in Vietnam!

15 responses to “Leave Halloween to the Professionals”