Who knew Hout Bay was cool?  Not me.  I’ve always liked Hout Bay, Cape Town.  But in more the sleepy fisherman’s hangout way.  It has gorgeous scenery and the harbour is a cute place to spend the afternoon.  But the idea of spending a night – a precious Friday night – in Sleepy Shipville seemed strange to me.  Until I met Hout Bay’s hottest new arrival, Kitima.

I knew the second I walked in to Kitima that I was not cool enough to be there.  When friends said dinner in Hout Bay, I thought they meant at an old fish and chips place, and I dressed accordingly.  Turns out Kitima is not an old fish and chips place.  It is old, I’ll give you that – at least from the outside.  But inside it’s a modern-Asian-meets-traditional-South-African extravaganza.  Instead of the family style picnic tables that I expected, there was not one but two sleek bar areas, and possibly the coolest chandeliers I’ve ever seen.  There were private eating areas, including our private room with doors that they closed on us when we started laughing too loud.  The food was an awesome interpretation of Japanese (or maybe Chinese?) cuisine that I’m pretty sure has the word “fusion” somewhere in its description.  I might not have known what I was ordering, but I know it tasted good.  Really good.  I ordered more.  And then a little more. 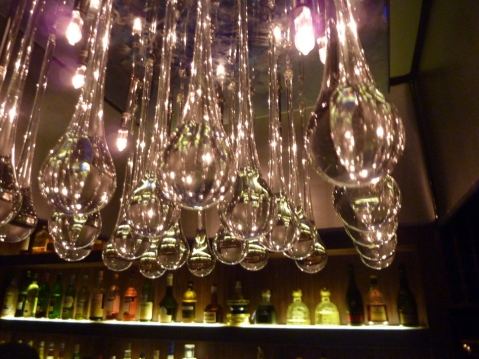 From the road, Kitima is a beautifully preserved Dutch Colonial.  Inside they’ve kept the thick wood window frames, but they’ve also thrown in gold Buddahs and fancy cocktails.  It might sound weird, but somehow it works.  It has a way of making you feel like the cool kid in school, without allowing you to ignore your nerdy instincts to discuss Asian history.  Of course Asian restaurants are the new definition of cool in any big city, but Kitima manages to keep from feeling too sterile or stuffy.  And did I mention the cocktails already?  They were just like the food – really good. 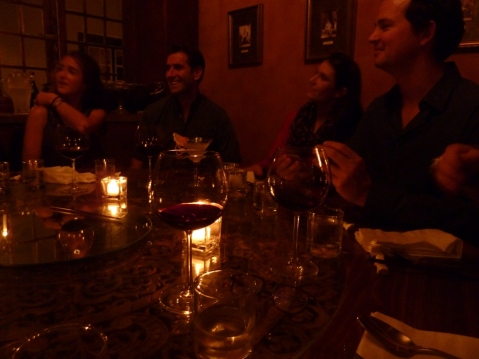 So next time you’re out Hout Bay way, go travel to Kitima and meet the new (cool) kid in town for yourself.