The Best Place I’ve Been

Travelers love to sit the fence.  They skirt around answering questions like, Where’s your favorite place to go?  They answer diplomatically when asked, What’s the best trip you’ve taken?  Some weird etiquette clicks in that prevents them from honestly (and brutally) telling it like it is.  I’m no exception.   I tend to take the wishy way out of giving direct answers whenever possible.  Blame it on indecisiveness or fear of offending, but I am really good at starting sentences by saying, Well that all depends…

But now I am turning a new chapter.  I am stepping out from behind a veil of uncertainty to state once and for all that the best place I’ve been is…Paris.

There it is.  Cliché, eye-roll inspiring and totally expected.  Yes I am one of those people who love Paris; the kind of mainstream tourist that Real Travelers disdain.  I know it’d be much cooler if I said Bhutan or Nigeria, or someplace that would show you what an intrepid traveler I am.  But, truth is, I prefer the Eiffel Tower to untamed jungles and the Arc de Triomphe to unbeaten paths.  Friends of mine have just come home from a trip there and reminded me how wonderful, enticing and amazing place it really is. I. Love. Paris.

Perhaps you’ve noticed a trend in seasoned travelers lately.  It’s become cool to like what is un-cool.  It’s more impressive to tell tales of your trips to the middle of nowhere than it is to admit you actually like the places that are on the front of travel guides.  Serial travelers now judge each other based on the remoteness of where you go.  Unless it’s somewhere without roads and without electricity, it’s not worth bragging about.  There’s this idea that in order to see the “real” side of a place, you have to go and live amongst the rural peasants (sounds like Mao’s re-education project).

Everyplace is a real place.  Even cities that cater exclusively to tourists are still real cities.  People who perform for the visitors are still real people.  I’ve been told that Paris is not the real France.  Apparently “real” France only begins when you hit a town where no one speaks English and everyone makes cheese.  I’ve been told the only reason I like Paris is because I like the touristy things.  Notre Dame, the Louvre, the Sacré-Cœur Basilica…apparently these things have lost their authenticity simply because a lot of people like them.

Global travelers love to think that all their backpacking makes them more open-minded than the guys who stayed at home.  But often the hierarchy of travel destinations that they create (with mainstream tourist destinations at the bottom) shows a lack of analysis.  They roll their eyes if someone says it’s too dangerous to travel to Colombia.  But they see no hypocrisy to say it’s too touristy to travel to Paris.

Well, I for one, think it’s stupid to judge a place for being popular.   Or for being unpopular.  After all, it’s not about what other people think or like.  It’s about your own opinion.  Condemning a place just because other tourists like it (and even the most experienced traveler is still just a tourist) is ignorant.

So I stand by Paris; beautiful, romantic, magical Paris.  And I don’t mind that it has a lot of tourists – as long as I get to be one of them. 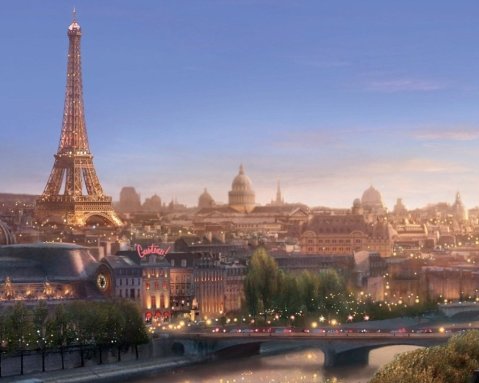 4 responses to “The Best Place I’ve Been”